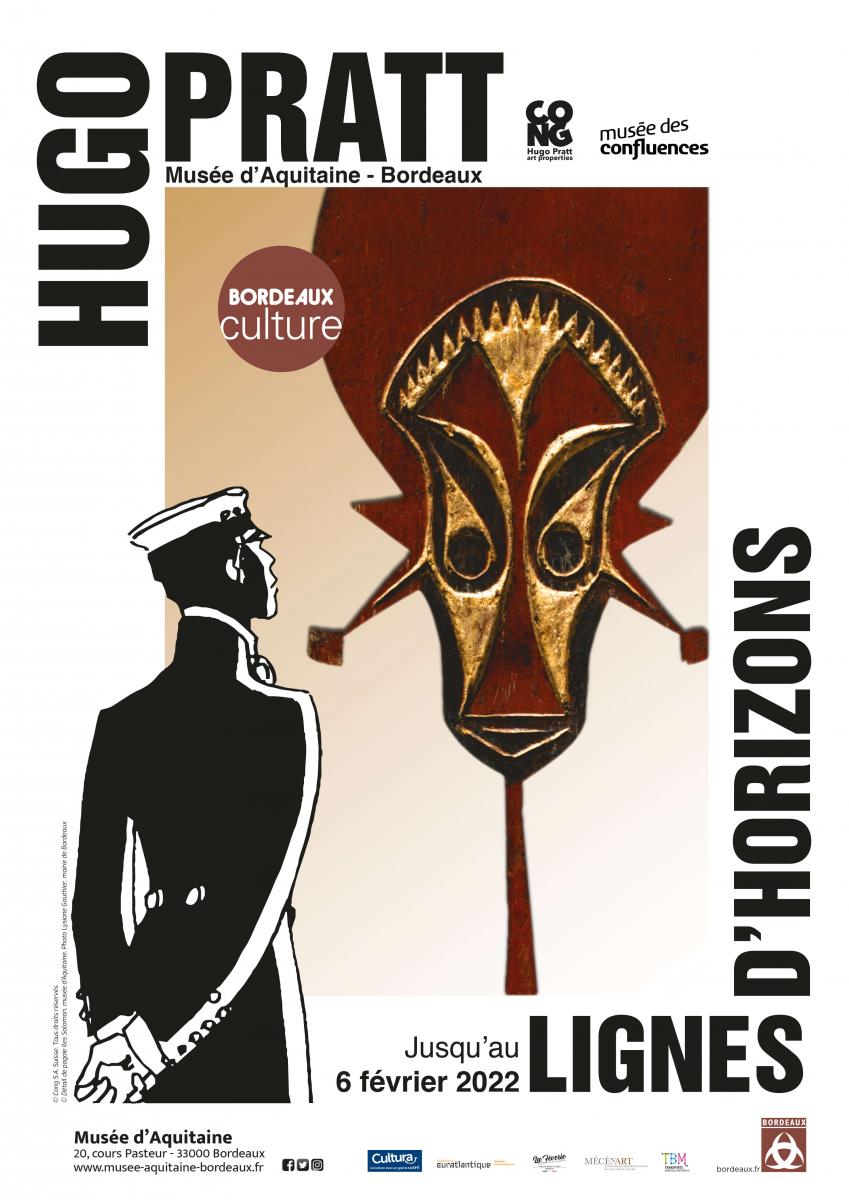 Since 21 July 2021, a health pass is compulsory in all cultural and leisure venues for people over 18 years old.
See the conditions of access to the museum.
Live an immersive journey into the world of the artist-drawer Hugo Pratt, alongside his many heroes, including the famous adventurous sailor Corto Maltese!
This is the purpose of this exhibition, which pays tribute to one of the greatest comic book creators.
Visitors embark on a journey through the imaginary and real worlds of Hugo Pratt, discovering the civilisations that inspired a prolific artist, influenced by the cinema, comic strips but also by the literature, the poetry and the world’s music.
His original drawings, comic strips and watercolours, echo with ethnographic objects from the collections of the Museum of Aquitaine, French or foreign museums and private collections.
Between sea ports of call and land routes
Hugo Pratt has taken his readers all over the world, with his hero Corto Maltese and other characters such as Ann in Africa or Jesuit Joe in the Canadian North.
Find all his stopovers in a scenography inviting to travel: the great ocean, the roads of Asia, the Amazon, the Africa of masks and warriors, the peoples of the sun, the Indians, the great North, Venice. 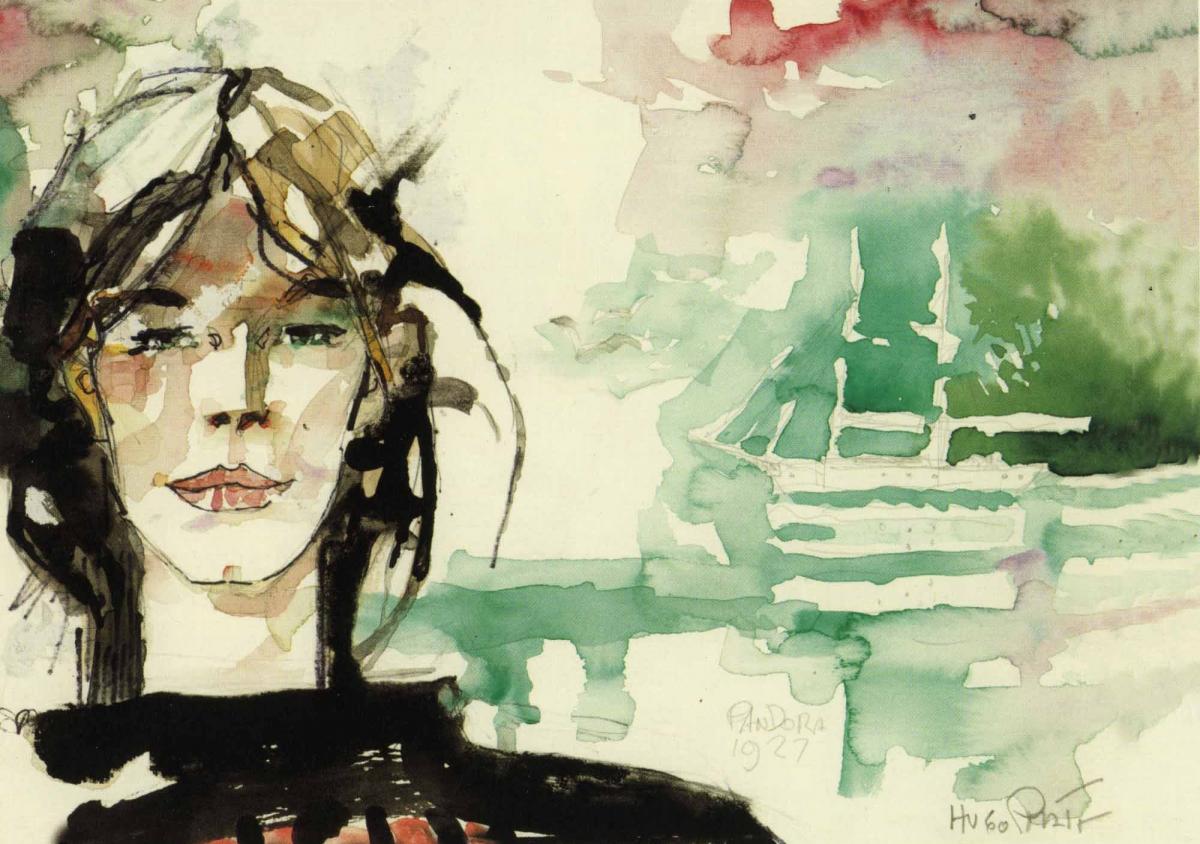 A sound environment is added to the itinerary presenting musical instruments and original plates of female figures by Corto Maltese.
Then, at the end of the exhibition, you’ll be able to discover a selection of magazine covers drawn by the author and watch the documentary film by Thierry Thomas Hugo Pratt, line for line (2016 - 56 minutes). 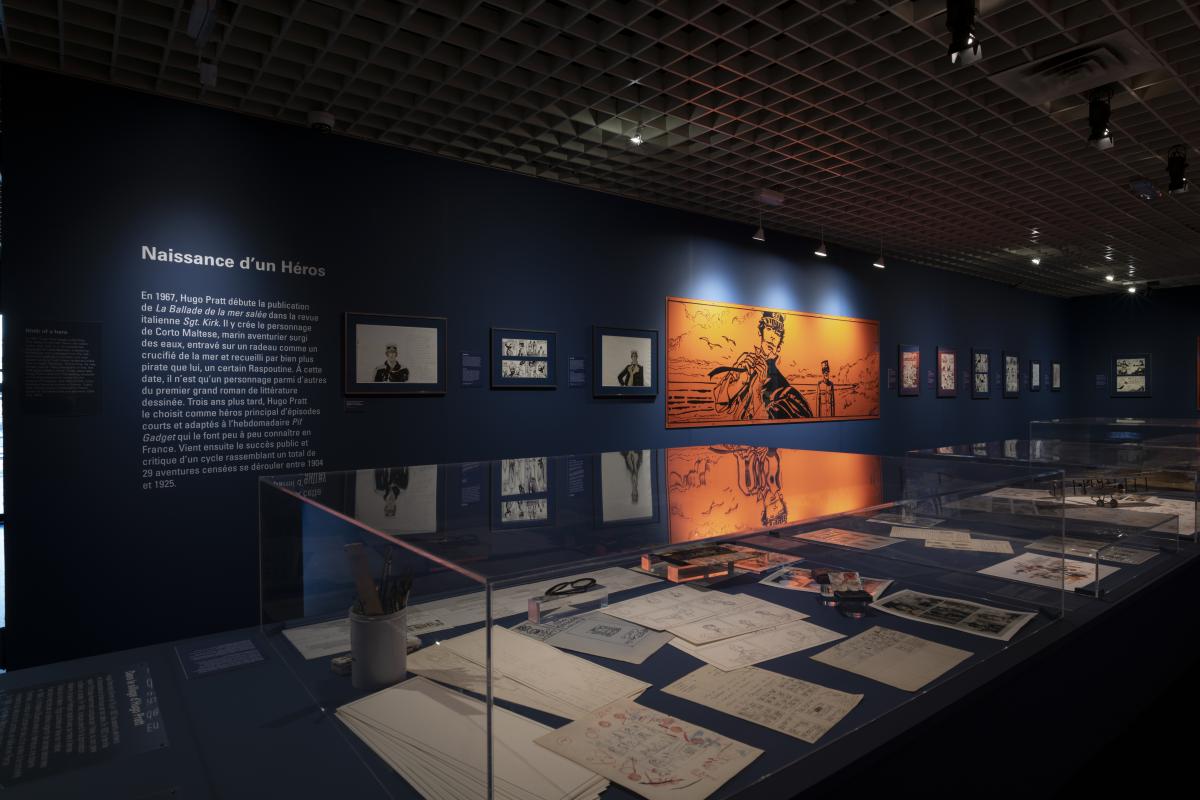 As well as showing a large number of original works, the exhibition also evokes his method of research (maps, manuscripts) and work with objects from his workshop: storyboards, colouring of plates, printing proofs, maps, manuscripts. 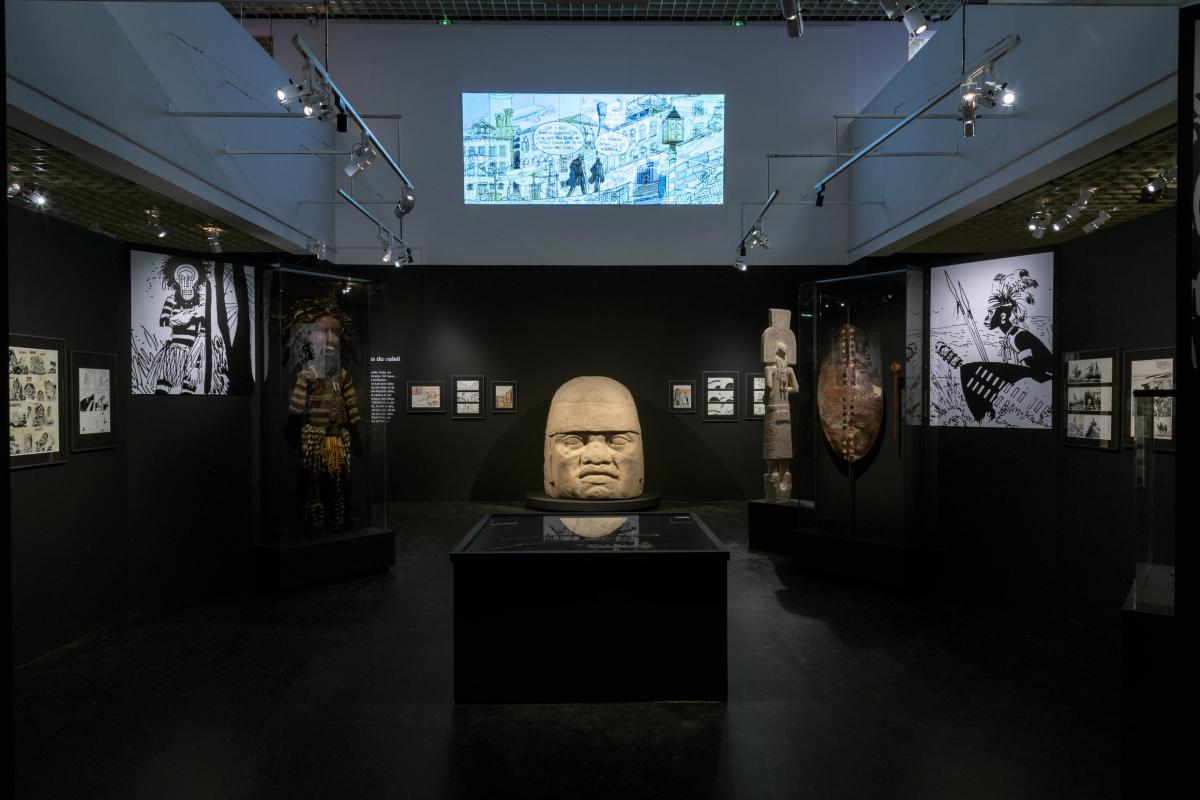 An exhibition of the Musée d'Aquitaine in Bordeaux, based on an original concept by Cong S.A. and the museum of Confluences in Lyon (France).