Aquitaine under kings of England and return in French Guyenne

The presentation of the medieval collections successively examines different themes representing the particular characteristics of Aquitaine in this historical period: six centuries from 848 when the town of

Bordeaux was destroyed by the Normans, to 1453 when Aquitaine once again became French. 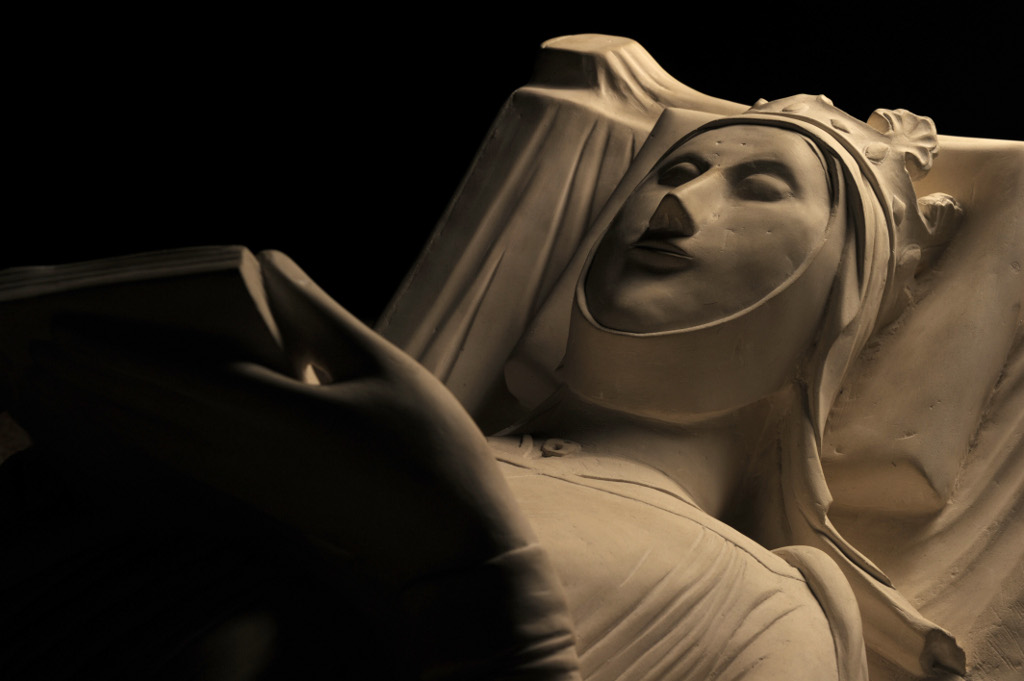 The exhibitions examine themes such as Eleanor of Aquitaine, the pilgrimage to Santiago de Compostela, medieval expansion under the English kings, Gascon feudalism and knighthood, wine cultivation and commercial exchanges with England, the creation of bastides, the Black Prince, daily life and troubadours. In parallel, recumbent figures, tile tombs and tomb elements enable the study of the development of funerary architecture and the preoccupations of this period.

Finally, a second large room presents the impressive rose window from the ancient Église des Grands Carmes, together with some very fine examples of Roman and Gothic art from Bordeaux (capitals from the cathedral of Saint-André) and its region (the Visitation of Guîtres, capitals from Auzac and La Brède, fragments of the doorway of Saint-Seurin etc.).

Displayed as a transition to the "Renaissance" rooms are three fine sculptures by Julien Rochereau, one of the few sculptors from the period whose name is known.

The 16th and 17th century rooms

The 16th and 17th century collections are introduced by the new coat of arms of the town of Bordeaux following Guyenne's return to French hands, and by the statue of Charles VIII designed for the new Cailhau gate after his victory at Fornoue. Despite regional resistance, and conflicts and tensions of all sorts, the power of the monarchy was increasingly confirmed in a variety of fields. In addition, through the College of Guyenne, we can witness the brilliant development of an intellectual civilisation in which the humanists consolidated the use of the French language. These same scholars also converted in large numbers during the Reformation, the progress of which was significant throughout the south west, while Bordeaux led the Counter-Reformation.

Presented next are the hospitals (Saint-André, Hôpital de la Peste, Hôpital de la Manufacture), the cult of saints and of the "three Marys", daily life and housing in Aquitaine and trade and relationships with the overseas islands and with America. Off Newfoundland, cod fishing could be very lucrative, and thanks to Colbert, Bordeaux acquired a central role in the maritime economy of the kingdom.

But the major masterpieces of this room are the cenotaph of Michel de Montaigne, the funerary monuments of the Dukes of Épernon and of Marshal d'Ornano, and the bust of François de Sourdis by Le Bernin.